I worked twice on The Wheel of Time: a short stint in 1997 and again in 1999. In 1997, Glen Dahlgren contacted me after seeing my Quake levels. He was still gearing up for the game, and Legend’s idea at the time was to do large parts of the level design over the internet, with contract designers from all over the world contributing the game’s “pockets”, as the areas of the world where called.

The problem was that I couldn’t grok UnrealEd for the life of me. The editor was still pretty early in development and it was missing many basic niceties such as vertex/edge dragging or a clipping tool. And the Unreal engine’s CSG approach – carving the world out of solid matter rather than building it up in a void (which is how Quake did it) – was very alien to me. So I never produced anything for Wheel of Time during the first run, and would soon abandon the project in favor of the full-time position that Ritual Entertainment was offering me.

Of course I ended up at Legend Entertainment anyway. This time on-site, and presumably to work on the Unreal Mission Pack and Unreal 2. At this point, Legend had switched to a “let’s get the LDs into the office” approach, which was working out great for them. The original crew of Scott Dalton, Warren Marshall and James Parkman, in collaboration with the texture artists, was doing incredible work on WoT. After I had finished my work on the mission pack (slowly getting a grasp of UnrealEd along the way) I was asked whether I wanted to jumpstart Unreal 2 or help finish Wheel of Time first. I didn’t have to think long before agreeing to do WoT, especially looking at the levels that I would be able to work on. TheVault Beneath The White Tower, for example, which demonstrated Wheel of Time’s uniqueness perfectly. 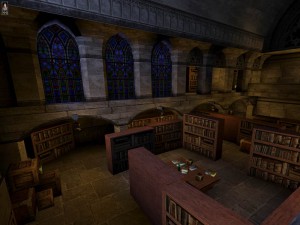 The Vault was a cool idea that Glen Dahlgren, the project lead, had even in the early design docs. This was to be a pure puzzle level that explored the cavernous expanses under the White Tower, with gameplay that was unheard of in the FPS genre. Unfortunately, the level’s implementation had been neglected until late in the project. I spent a few weeks molding all the available elements (various traps and 40 artifacts with different powers) into an actual working mission. Always making sure that the player path was fair enough to not frustrate the player (nobody likes to get punished with instant death when they make a mistake), yet challenging enough to be rewarding.

I’m quite proud of the outcome. The level does something very different for a FPS game, and as far as I know this is still the only mission in a FPS game that relies purely on puzzles and traps to make the environment interesting and level progression fun. Judging by the feedback we received this level was a success.

I’m still absolutely in love with WoT’s original multiplayer design, as well. Before production realities hit, Glen’s Citadel design was much more ambitious than what eventually made it to the stores. The original vision for the MP game was a truly epic read: Citadel was meant to be an (especially for the time) revolutionary multiplayer component in which up to 4 players role-played their characters, went out into the world to acquire information and ter’angreal, formed (and betrayed) alliances with other players, built up their citadels as the game progressed – and got into epic battles when they crossed paths.
The version of Citadel that actually ended up in the game (“hacked” in by Mark Poesch in a huge marathon session late in development) was much scaled back, but retained the spirit of the original idea. I’ve had some of the funnest multiplayer sessions in my life when playing 1-on-1 Citadel against other people, finding gameplay that I had never experienced before (like registering a seal on my altar, than hiding it all the way back in the opponent’s castle, right under his nose *g*. Try doing that in good old Capture The Flag!).

Wheel of Time was released around the same time as Unreal Tournament. Maybe that’s why it never quite found its audience. A big part of this can be attributed to the game’s positioning – we were making what was perceived to be a First Person Shooter, which didn’t appeal to many readers of the books. And the action crowd was busy with UT and Quake 3. But those who bought the game loved it. The WoT community was active for many years, and there were Citadel leagues and modding pages well into the new millenium. I’m certainly proud of the game. Wheel of Time looked great, had an ambitious story and some great, novel game mechanics.

Here’s to everybody who played the game and contributed to the old Wheel of Time game forums. And here’s to the late Robert Jordan, who made it all possible in the first place. 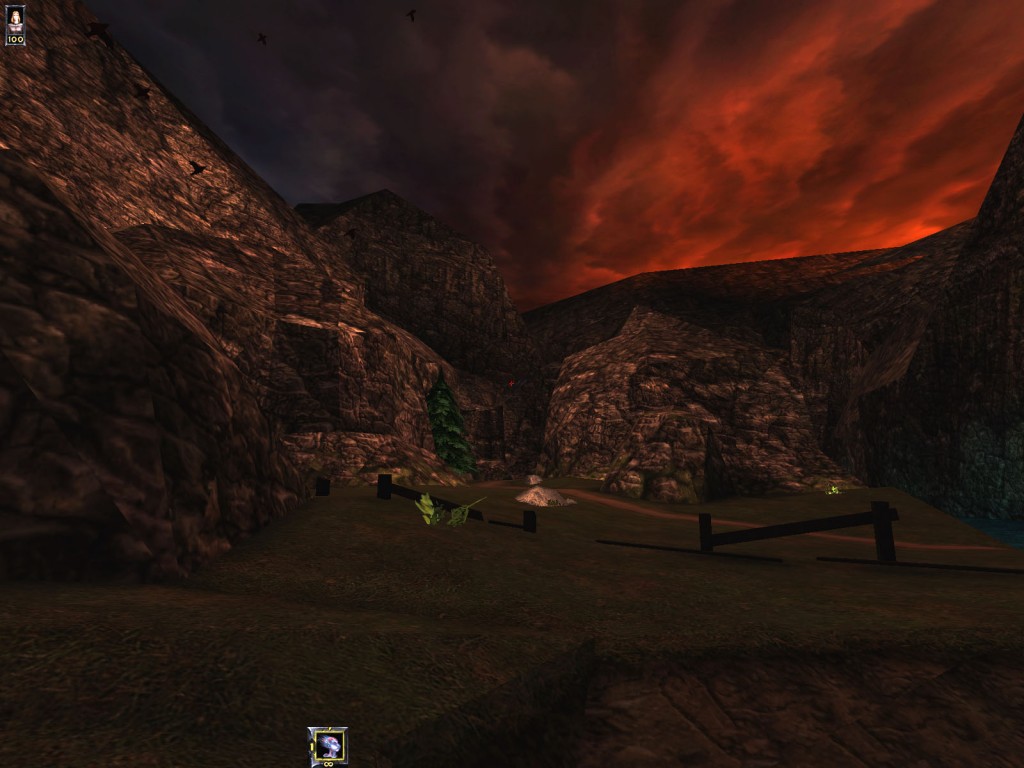 The start of the first level, Bank of the Manetherenedrelle 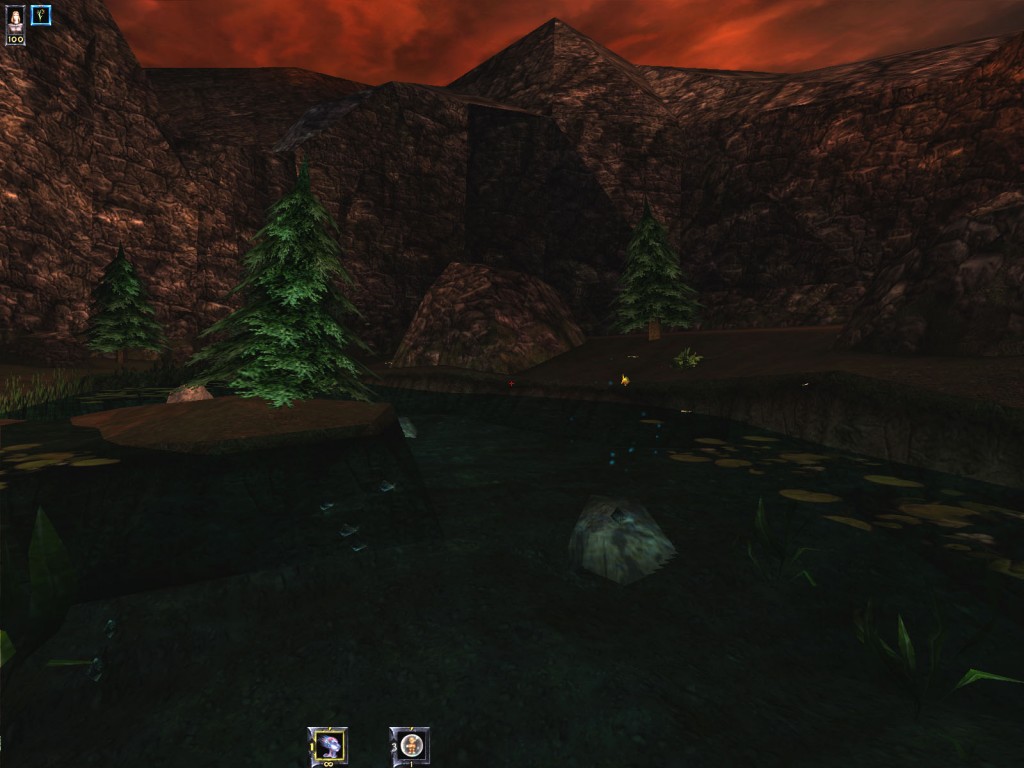 A quiet pond in the first level, Bank of the Manetherenedrelle 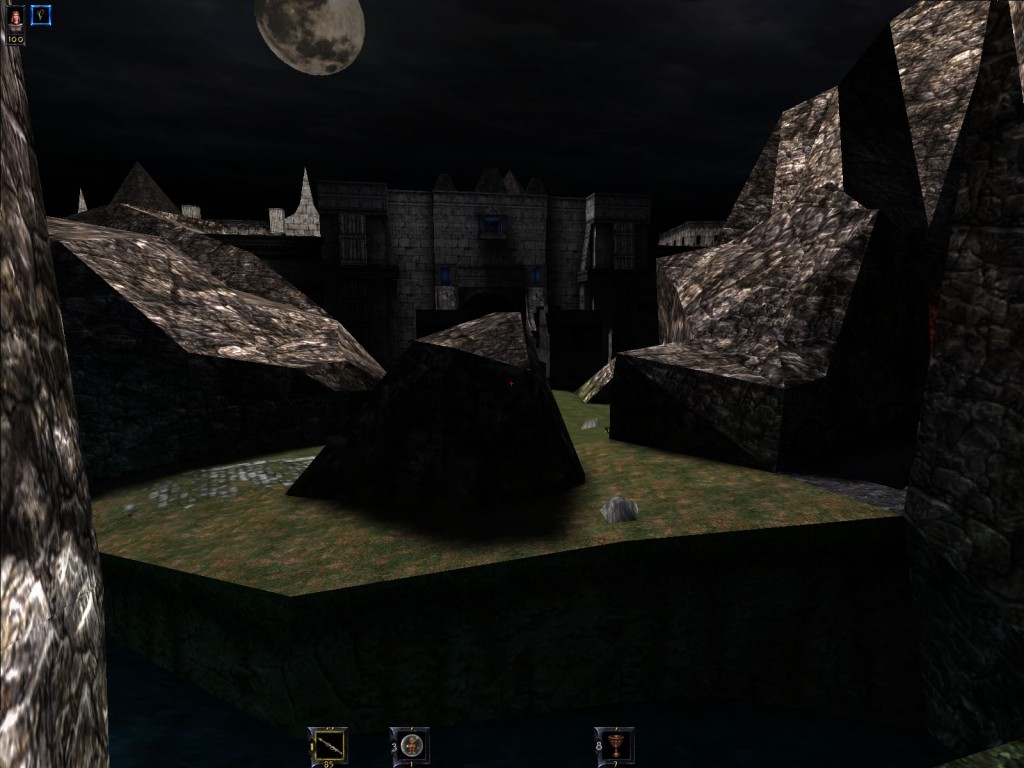 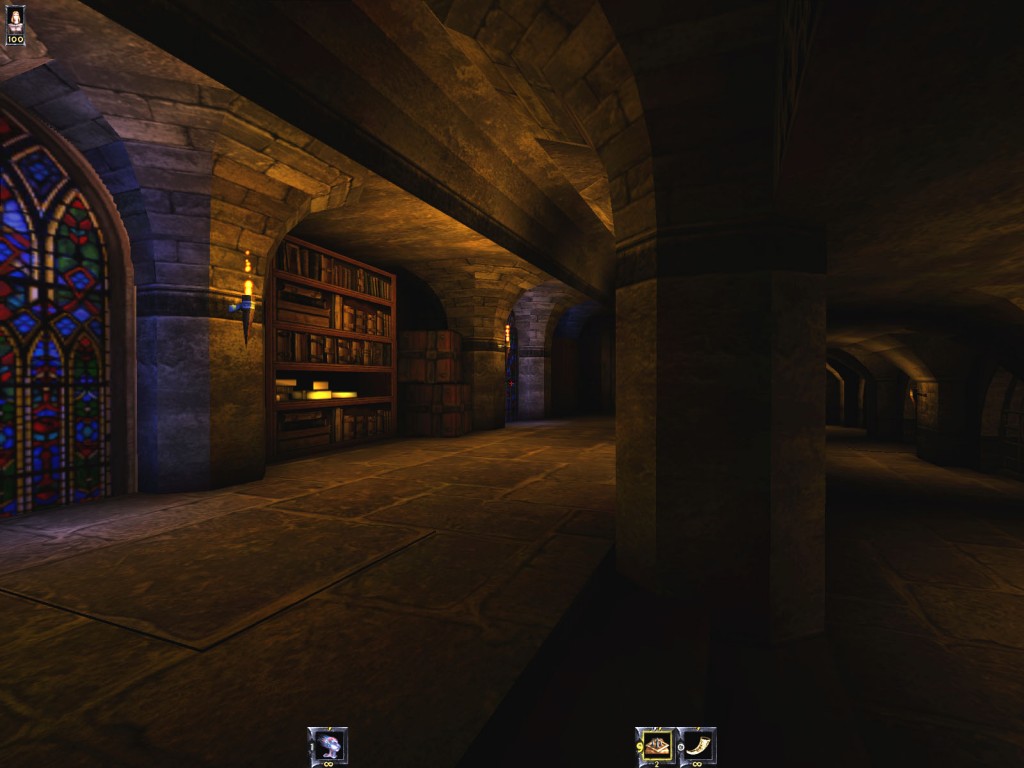 Trap-filled hallways in the Vault Under The White Tower

Finding your way through the maze of hallways 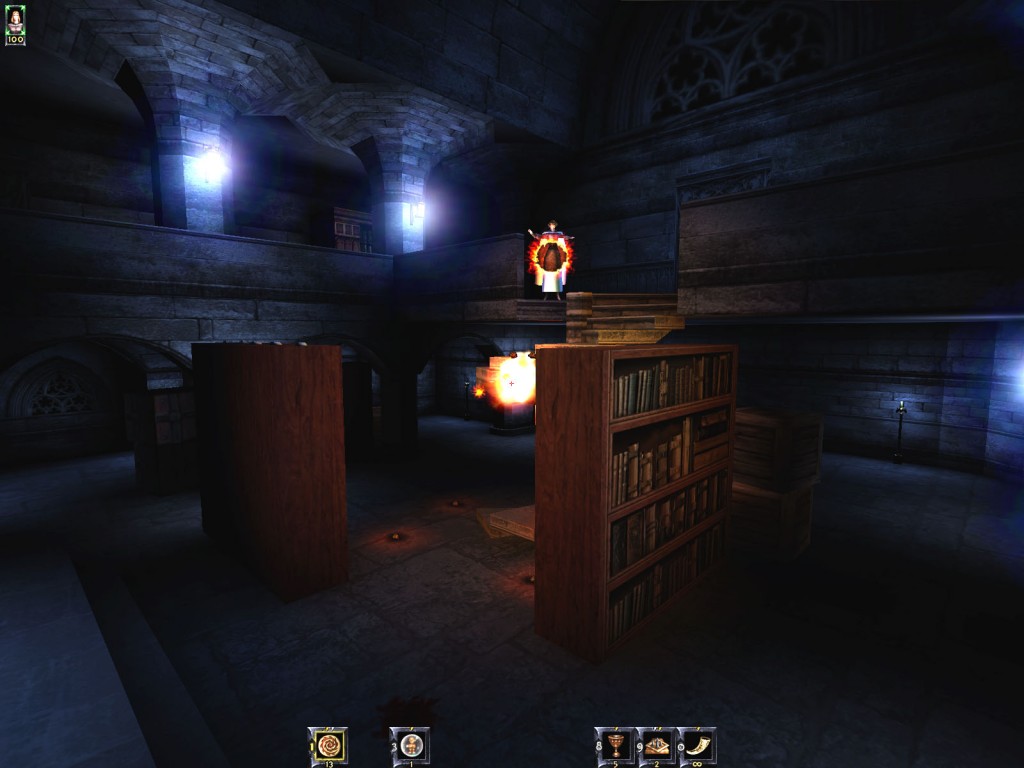 Fighting your own mirror image